LOKA first makes they’re appearance on June 9th 2012. At that time, only the singer Kihiro and drummer KEN’ICHI were the official members, and bass, guitar players were formed by support members.

On August 8th, LOKA releases they’re first EP “01”-zero one- and kicks off
a nation tour from September. While on the road they also release they’re first Album on November 7th, “EnFLAME” and continues they’re nation touring to the end of the year (approx. 40 shows), both immediately selling 1000 copies and still growing.

In 2013 April, they welcome Katsumi as an official bass player for LOKA. LOKA is set to kick off another nation summer tour including and international tour to play a summer festival in Taiwan, FORMOZ FESTIVAL.

Though it’s only been a year since the band has formed, they’re musicianship, profession, and performance is considered top class in the country.

Reading the members past profile will make you understand that they’ve been around the worlds music industry for a while.

Vocalist: Kihiro
Originally the singer for the band Supe.
In 2003 the band relocated to Long Beach, California to perfect their
international sound and expand the reach of their energetic live
shows. With the 2006 self-release of their successful six-song EP Grow
in the Cold, produced by Sylvia Massy-Shivy (Tool, System of a Down,
Red Hot Chili Peppers), Supe launched their first US tour with 50+
dates from coast to coast.

Drummer: KEN’ICHI
Originally the drummer for SEX MACHINEGUNS.
SEX MACHINEGUNS is one of the TOP CLASS Metal band in Japan from late 90’s.
After series of member changes, KEN’ICHI is welcomed as they’re original member
in 2007, competing against 200+ auditioner.
After joining the band, they release 3 Albums and 3 Singles with few
songs hitting high rank on the Japan’s billboard chart. The band performed from 60
to 100 shows every year in the country. After 5 years of SEX
MACHINEGUNS, KEN’ICHI decides to leave the band to join LOKA in June
2012.
KEN’ICHI is also busy working as a studio drummer. He has supported
for Japan’s top selling artist THE ALFEE’s guitarist solo band in
August 2012, and plans to do it again this summer.

Bassist: Katsumi
Originally the bassist for CLAYFISH. The band was signed to a Major
record company in 2004, sharing stages with RIZE, DefTech, 10-FEET,
and other Japan’s major band. The band spread apart in 2006, and
Katsumi works as a support bassist
for several bands until he finds LOKA in 2013.

No.1 Japan Internet Radio in Indonesia 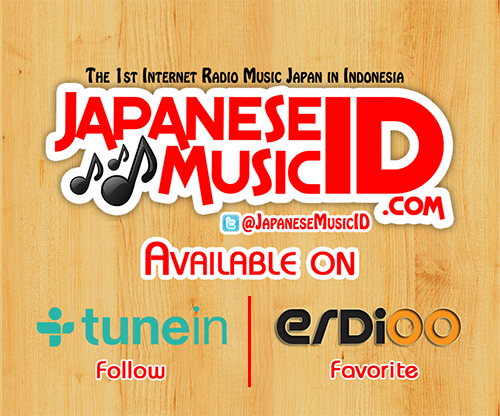